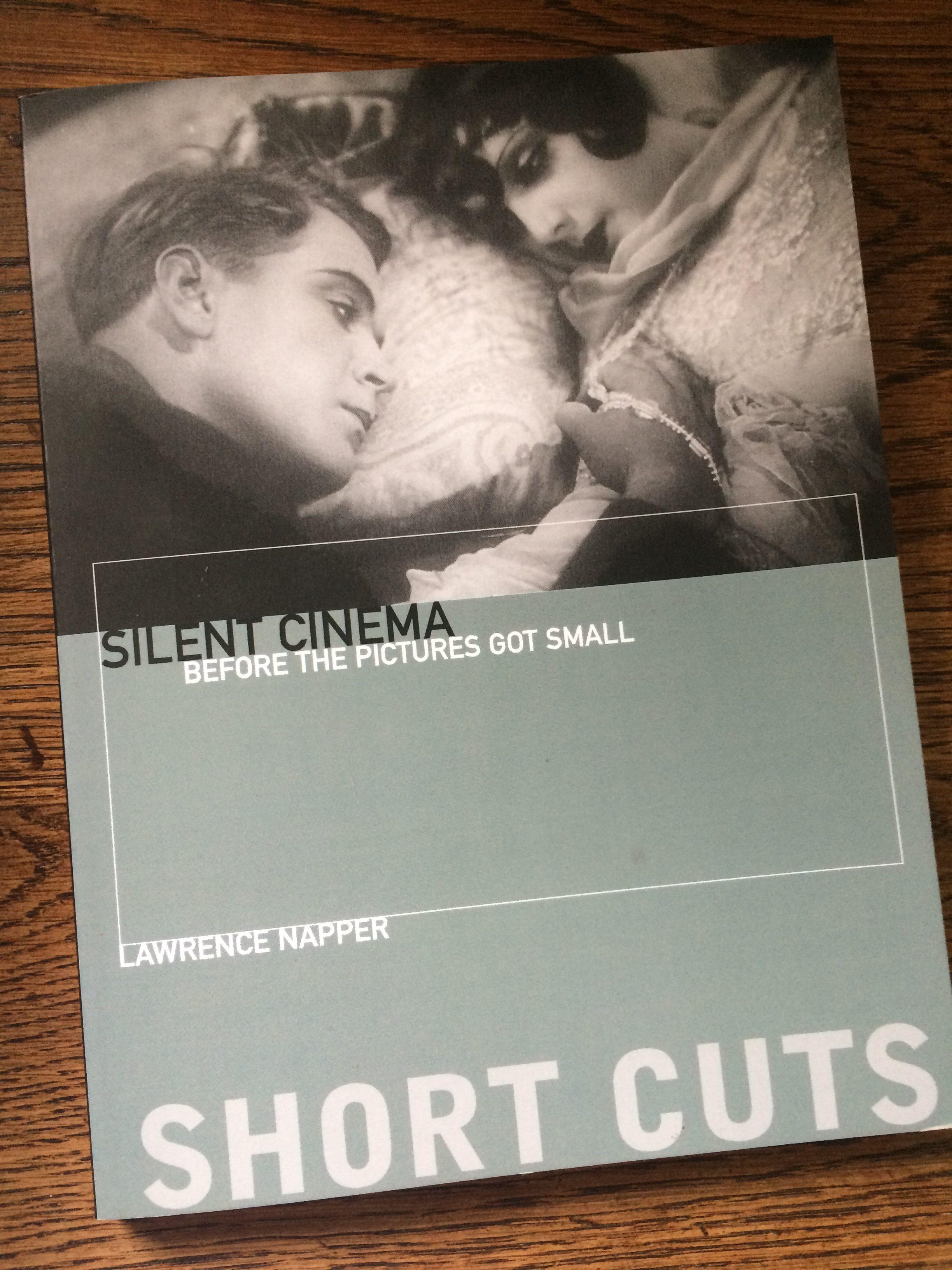 An inspiring introduction to silent cinema

Lawrence Napper, senior lecturer of King’s College London, published in 2017 an inspiring introduction to silent cinema as part of the Short Cuts series of Wallflower Press. On the first pages he states his aim clearly: “By outlining the historical contexts of their production, and suggesting some interpretative frameworks through which they might be approached, I hope to enable readers to experience these films not as technical or artistic curiosities, but as emotionally fulfilling, pleasurable entertainments in their own right – as audiences of the 1920s experienced them.” (p. 3)

The reconstruction of contemporary audience experiences is presented as part of the perspective of a revisionist film historian. His focus is on three European countries (Germany, Russia and Britain) confronted by the hegemony of Hollywood. In each case Napper gives a brief and well-informed overview of the historical context of the film industry and society at large. It is an excellent recap of relevant commentaries of American and British film historians, supplemented with his own insights. In concise overviews Napper discusses the recognized masterpieces but also gives equal attention to the popular films of the period which have been neglected for a long time and therefore became lesser known. The most interesting passages are his descriptions of some of these exceptional silent films, nearly forgotten. He groups them together in interesting combinations.

It is tempting to give a long list of examples. For instance four films which has similar themes of rural life lived under the hard, unrelenting forces of nature in common (p. 44): the German mountain film Der Heilige Berg (The Holy Mountain; Arnold Frank, 1926) set against the French film Visages d’enfants (Faces of Children; Jacques Feyder, 1925), the Norwegian film Brudeferden i Hardanger (The Bridal Party in Hardanger; Rasmus Breistein, 1926), and the Swedish film Den Starkaste (The Strongest; Alf Sjöberg & Axel Lindblom, 1929). Or linking two ‘streetwise’ films in Germany (p. 44): Die Strasse (The Street; Karl Grune, 1923) and Asphalt (Joe May, 1928).

In his overview of Russian silent cinema Napper mentions the masterful use of depth in the melodramas of Evgeni Bauer and he compares this with the mise-en-scene of Italian diva films (p. 54). And the intimate and cheerful portrayal of a love triangle in Tretya Meshchanskaya (Bed & Sofa/Three in a Cellar; Abram Room, 1927) is discussed in the context of Soviet film comedies like Potseluy Meri Pikford (A Kiss from Mary Pickford; Sergey Komarov, 1927) and Devushka s Krobkoy (The Girl with a Hatbox/Moscow That Weeps and Laughs; Boris Barnet, 1927).

Meanwhile in Hollywood, the studios produced a series of ‘flapper films’ about young women in the Roaring Twenties. It (Clarence G. Badger, 1927, starring Clara Bow) is considered the most iconic of them (p.87). But his comment about Ella Cinders (Alfred E. Green, 1926, starring Colleen Moore) made me curious. And I can only agree with the highlighting of The Patsy (King Vidor, 1928, starring Marion Davies), because I had the chance many years ago to watch this film live accompanied in a very apt and dynamic way by the Dutch ensembleThe Sprockets (repeated in Bologna at the festival Cinema Ritrovato 2017).

His overview of British silent film is informed by the visits Napper made to the British Silent Film Festivalin Leicester and his own research resulting in earlier publications. British silent films were long time neglected and even disregarded. Napper argues convincingly that this is unfair because there are also many excellent films to be discovered beyond the established canon.

The melodramatic heritage films of Cecil Hepworth for instance could be compared with the work of Yevgeni Bauer and the Italian diva film (p.98). And the young Hitchcock was not the only successful director at the influential studio Gainsborough Pictures: Napper mentions Graham Cutts and Maurice Elvey as directors of comparable level (p. 104). The films of Anthony Asquith have known a revival, thanks also to their availability on DVD from the BFI (p. 107). Others still wait for this kind of revaluation, for instance the emigrated Hungarian director Géza von Bolváry (p. 111).

The book consists of four comprehensive overviews presenting a balanced survey of judiciously selected national cinemas. The danger of namedropping is skilfully avoided. It is a pleasure to be guided around. Suddenly you reach the last page, leaving you with an appetite for more. But the available space is regrettably limited.

It would have been nice to include also a review of French and Czech silent cinema for instance, and also include more reports on the triumphs of restorations, the joy of festival screenings, and the best practices of online fandom. Although many silent films are lost, clearly enough there is still much to be discovered. This publication offers a well-advised starting point.

Time-line of films mentioned in my review (and their online availability, January 2018) 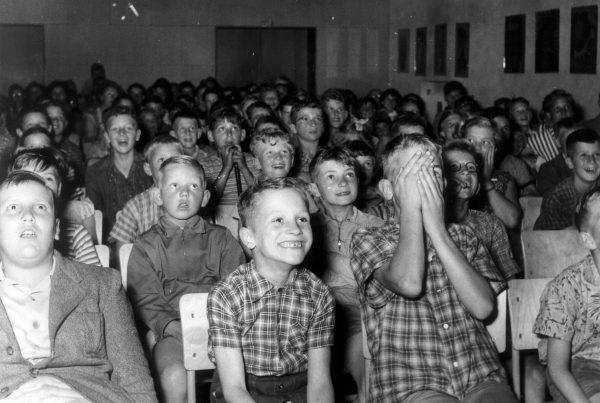 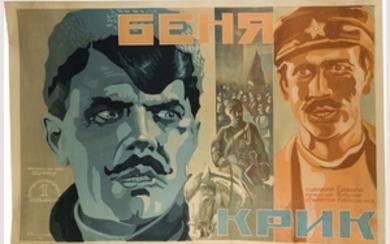 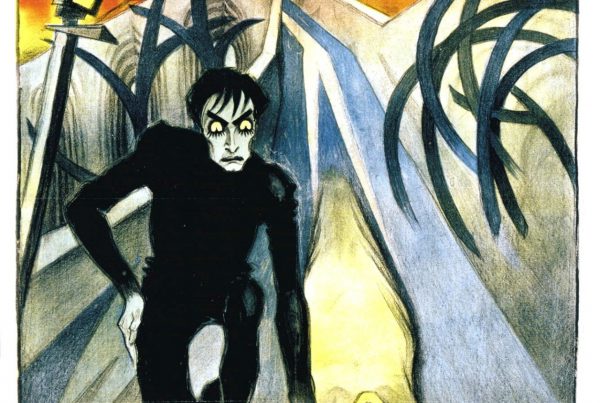